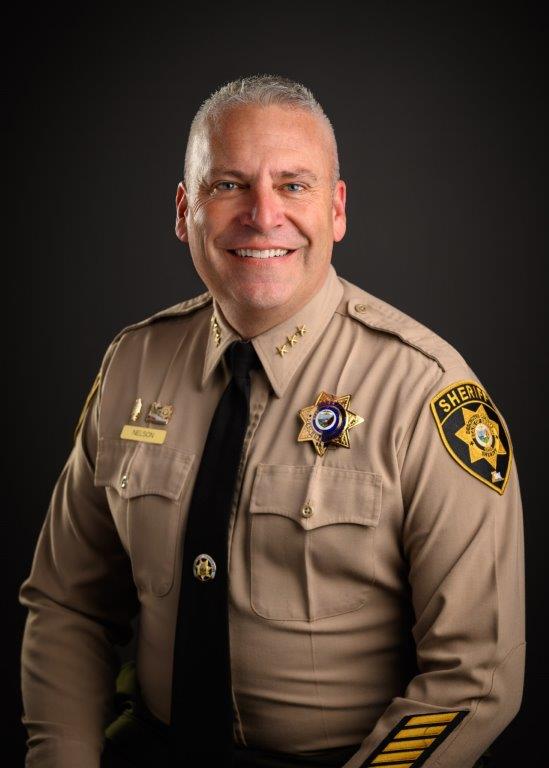 Sheriff Nelson has been in law enforcement and with the Sheriff’s Office since 1993.  The Deschutes County Commissioners unanimously appointed Nelson as the 9th Sheriff of Deschutes County in July 2015. He was voted in by the citizens of Deschutes County in November 2016 and again in 2020. He was born and raised in Bend and graduated from Mountain View High School in 1988.  After graduating from Oregon State University in 1993 he moved back to Bend.  He and his wife Lisa, a retired Bend Police Officer, have four children.