W​ickersham was a seventeen year old girl who was born and raised in Bend and had just finished her junior year at Bend High School. She is described by her friends as a likeable young lady with a bubbly outgoing personality. On the evening of July 11, 1973 ​Wickersham and a friend had been cruising town in her mother’s car. After taking her friend home, ​Wickersham delivered the car to the Sage Room Restaurant (in downtown Bend near the Tower Theater) where her mother worked. ​Wickersham told her mother that friends were going to pick her up in front of the restaurant and take her home. ​Wickersham left the restaurant at about 11:30 PM and was last seen walking toward the Owl Rexall Drug Store on Wall Street. On January 20, 1976 skeletal remains and some personal items were found by a wood cutter approximately five miles south of Bend in a wooded area behind a weigh station on Hwy 97. The remains were identified as Wickersham through dental records and the recovered personal items. Examination of the skull by the state medical examiner’s office determined Wickersham had suffered a gunshot wound to the head.

On November 27, 2004 an unidentified white male was found deceased in a green sleeping bag along the Deschutes River in Bend, Oregon, near Meadow Camp. The victim was dressed for the elements; wearing a gray stocking cap, black coat, brown extra large sweater, gray sweatshirt, black Levi jeans, gray wool socks and brown Danner boots. He also had an orange backpack with him. The victim appeared to be homeless. The victim's estimated age is between 40-50 years old. He is approximately 6'0" and 180-190 lbs. The victim has brown hair with a beard and mustache. It does not appear this death was the result of foul play.

If you have any information on ​cold cases, please contact Detectives with the Deschutes County Sheriff's Office at 541-693-6911 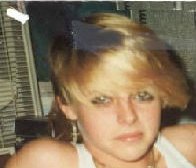 On March 27, 1989 ​Chan disappeared and has not been seen or heard from since. Her vehicle was found on the north shoulder of Hwy 126 just west of the Cline Falls Bridge. The car was in good running condition, however the passenger side window had been broken out and a large rock was lying between the front seats. Chan was described as an attractive white female with blond hair, blue eyes who was five feet two inches tall and weighed about one hundred twenty pounds. At the time of her disappearance she was married to Bruce Chan, an American of Chinese decent, who was a lieutenant in the U. S Marines stationed at Camp Pendelton in California. The couple was estranged but continued an amiable relationship. ​Angela was living with her parents in Redmond and her husband, Bruce, was visiting during the weekend. On the morning of Monday March 27 Angela and her husband went trap shooting. According to ​Bruce Chan, after shooting, he dropped ​Angela off in front of her parents house at about 2 PM and he left to return to Camp Pendelton. Several witnesses claim they saw Angela's car and a female matching her description around the Cline Fall Bridge later that afternoon. After ​Bruce Chan's departure, ​Angela's parents believed she had ​gone to Sisters to stay with a friend. On Wednesday March 29 they discovered she had never shown up at the friends house and was reported missing.