Who Can Send Mail to an Inmate? 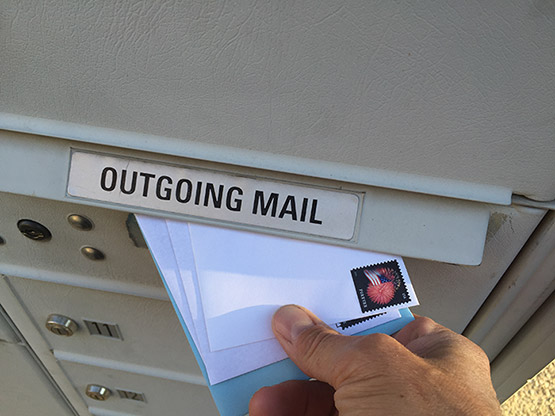 You can send a gift to an inmate! Friends and family can now order gift packages online to send to their loved ones in jail.


Mail cannot be sent from:

1. An inmate in another corrections-monitored facility or treatment center.

2. Someone who is acting as a go-between for inmates by taking mail received from one inmate and sending it to another inmate

3. A victim of a crime that the inmate is in custody for either in pretrial or sentenced status.

4. On a case-by-case basis, a jail command officer may impose restrictions on with whom an inmate may correspond on a personal basis.


How Do I Send Mail ​to an Inmate?

We only allow inmates to receive mail sent through the US postal Service. We do not accept hand or courier delivered mail. We will not accept mail with postage due.


How Do I Address the Mail?

Clearly write the inmate’s complete name and do not use nicknames. If you know the inmate’s middle name or initial, please include those. Send mail to this address:

Be sure to put your complete return name and address on the mail! We will not deliver or hold mail for an inmate if it is missing a return address. Please hand write you return address rather than using gummed or adhesive labels. We remove such labels from mail before giving it to the inmate. Without a return address, the inmate may not be able to write to you because he or she will not know your address.

Do not place any stickers or non-postal related stamps on the mail or seal it with a “lipstick” kiss. Do not spray letter with perfume. Do not write or draw on the outside of the envelope other than the address information.


What Can I Mail to an Inmate?


What Can’t I mail to an Inmate?

Contraband items. Contraband is anything jail staff does not allow an inmate to have unless they authorize it. It’s anything not specifically approved for mailing under “What can I mail to an inmate?” Commonly mailed contraband items are—


Will My Mail Be Opened by Deschutes County Staff?

All incoming and outgoing mail is subject to opening and inspection by jail staff.


What Happens If I Mail Contraband?

Introduction of contraband into a correctional facility is a class C felony under ORS 162.185 and is punishable by up to 5 years in prison and a fine of up to $100,000.00. Depending on the degree of contraband violation, a jail command officer may restrict any future correspondence you have with an inmate. One of four things will happen if we find contraband in your mail.

2. We will confiscate it and not let the inmate have access to it while lodged.

3. We will destroy it if it presents a health or safety hazard.

4. We will confiscate it as evidence in a criminal investigation.


How Do I Send Money to an Inmate?

You can include cashier’s checks, US postal money orders and government checks for credit to an inmate’s account in mail addressed to the inmate or just the jail. You may send cash, but we do not recommend it. We will not accept payroll, personal, business or two-party checks.

Make the check or money order payable to the inmate or to Deschutes County Adult Jail. If you make it payable to the jail remember to include the name of the inmate whose account you would like the money deposited to.


Whom do I Contact if I have a Question about Inmate Mail?


May I Call to Confirm the Delivery of an Item?

No. It is the inmate’s responsibility to contact you to let you know they received something you mailed. Write to the inmate if you want to confirm delivery of an item you sent to him or her.


Whom do I Contact if I Have a Complaint about Inmate Mail?